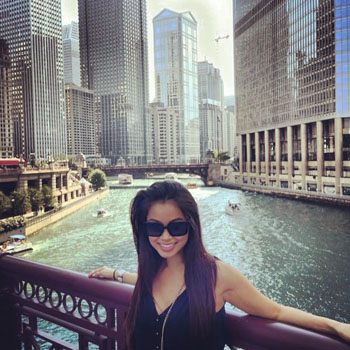 After an amazing first time trip to Chicago last August, I’ve always had an inkling to go back to this awesome and (oddly) super clean city. After looking into places to visit for 2014, my friends and I decided to plan another trip back to the windy city- as it’s the BEST city in the mid-west and home to the infamous deep dish pizza.

With so many attractions to see and places to experience, I’ve come up with a list of my favorite activities to do in Chicago as a tourist.

1. Millennium Park– If it’s your first time in Chicago, a visit to Millennium Park is a must see. The Cloud Gate, also known as “The Bean”, is a wonder in its own. If you stand a bit closer, you see your own funny reflection; stand far, you see a mirrored reflection of the city; stand underneath, and you’ll get a funky 3 dimensional reflection of everything around you.

2. John Hancock Observatory– Seeing Chicago from the ground up is amazing, but from the sky down is breathtaking. Located in the heart of the tourist area and right near the lake front, the amazing views on the 94th floor extends over four states (Indiana, Michigan, Wisconsin, Illinois).

While the 360 unobstructed views on the 94th floor are much better, the cost of coming up here is $18 (pic above).  If you want to bypass the line and the tour cost, here’s what you need to do: take the elevator to the 96th floor and enjoy the view from the Signature Lounge. Although you don’t get a 360 view and its not completely free since you need to order a drink or small appetizer, it’s still worth it!

3. Deep. Dish. Pizza. – I thought I’ve tried deep dish pizza before, but it wasn’t until I had it in Chicago did I realize I had never truly tasted it. We sought out Giordano’s Pizza in downtown Chicago, acclaimed as the city’s “Best Stuffed Pizza” by CBS Chicago, New York Times and Chicago Tribune- just to name a few.

They let you know up front that the deep dish takes 45 minutes to an hour, but I promise it is worth the wait!

The crust was soft yet slightly crisp and buttery and the toppings you order are actually embedded into layers of tomato sauce and cheese. I only made it through two slices before I was too full to go on. We got the “Meat & More Meat” pizza (pepperoni, sausage, salami, and bacon) which was amazing and the best pizza I ever had. EVER.

4. Architectural River Cruise– It’s a 90-minute boat cruise along the Chicago River that introduces you to all the iconic buildings in Chicago as you wind your way through the river. History was not my favorite subject in school, but our tour guide had a great sense of humor and seasoned the tour with sarcastic whim. You get to see the first Chicago settlement sight, where the Great Chicago Fire started, and even smell the chocolate coming from the chocolate factory. Although the views were amazing,  being a on a boat for 90 minutes is a bit too long for me, especially when I forgot to bring my motion sickness meds (<–Barf.)

5. Willis Tower– Previously known as the “Sears Tower,” this is the tallest building in Chicago and the 2nd tallest in the US.

During the elevator ride, they’ll announce how far up you’ve gone up by comparing it to other tall buildings in the world. Once you’re at the top, all the walls are made of glass so you can get a nice panorama view of the city. The cool thing about Willis Tower are the 3 of the famous glass box ledges that extends 4 feet from the normal footprint of the building. This is where you will get your pictures that look like you are “levitating” in the air.

The only annoying thing about getting your picture taken here is the long lines and people who take a billion pictures of themselves, especially while it’s already filled with people waiting to enter. If you can, come on a weekday when the lines are shorter! 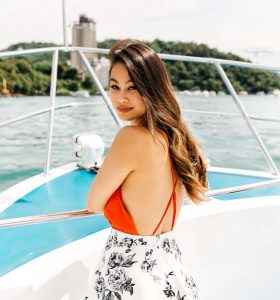 No images found!
Try some other hashtag or username

MY FULL STORY- HOW I BECAME A FOOD BLOGGER 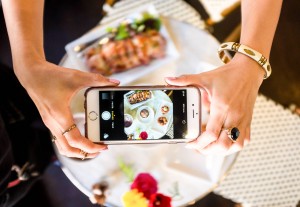 Where to get the best desserts in SF:

5 Must- see places in San Francisco: 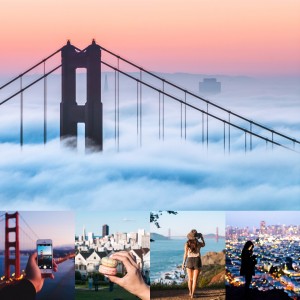 TOP 10 PLACES TO EAT IN OAHU